Don’t settle for a run: jump into the New Game+

The story of Avril does not stop at the first run: the multi branching allows you to go and discover everything that Batora: Lost Haven can give you! Then, the game has four endings, all to be discovered thanks to the New Game+, designed to allow you to relive the adventure by making new choices and with greater game difficulty.

Let’s start by saying that once you have finished your first run and defeated the final boss, which will be different depending on what you have chosen to do during your adventure, the New Game + will be unlocked in the main title.

New Game +, what do you bring with you

Batora: Lost Haven will start from the beginning and give you the chance to make the choices you didn’t make in your first run. The UI will also come to meet you by indicating the choices you have decided to take earlier, so as to suggest what to do to change the course of events.

In this new adventure you will keep your level and take with you the runes obtained from the quests, but not those that can be purchased in the shops. All skills will be unlocked immediately, which allows us to increase the level of difficulty.

In the event that you have reached the final boss by reaching the level cap of 25, in the New Game+ you will have the opportunity to reach level 30, with the progression that will be optimized and slowed down compared to the first run. All mobs will follow your level, so as to adapt the level of challenge and avoid that you can find yourself being too performing compared to your opponents.

The functioning of the runes in the NG +

Starting the New Game + with all the skills available and also all the rune points on your side (do you remember how the rune system works?) will be useful to go to work on an optimization speech of your build, enhancing Avril with some tweaks which will be fundamental to face the second run.

So if, for example, you have equipped a rune that increases the attack value by two points, but you still have some rune points to spend, you can buy the one that gives three more points of attack and equip it.

We remind you that Batora: Lost Haven has two different final bosses, depending on your choices, and two crossroads choices for each planet: there are 4 endings in total and it is up to you to discover them all, to be able to truly consider yourself completists of the universe of Batora: Lost Haven.

Have you already had the opportunity to tell us your opinion on Batora: Lost Haven? Remember to leave a review on Steam to continue supporting us! 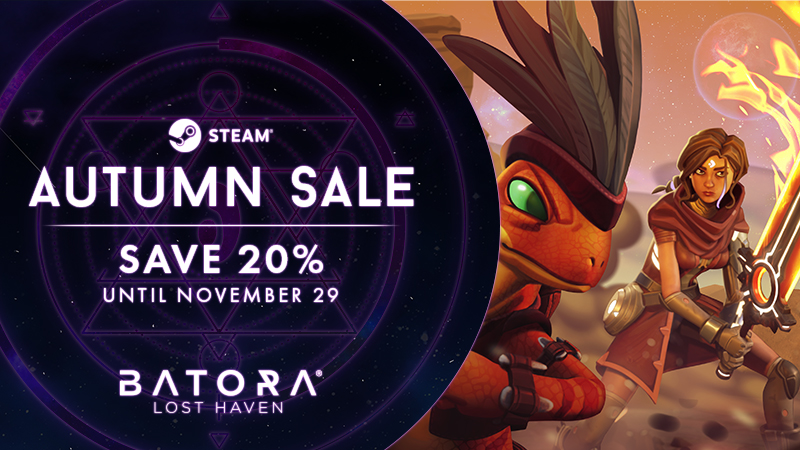 Autumn is the season of fallen leaves and cozy sweaters… How cool would it be to revolutionize it with an interplanetary adventure? We’ve got you […]